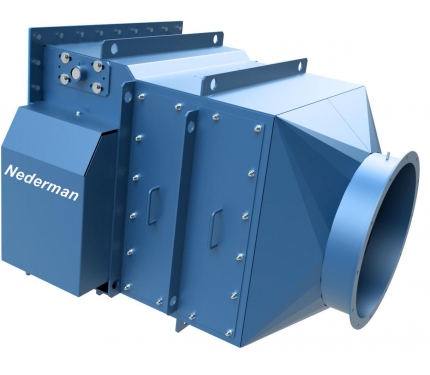 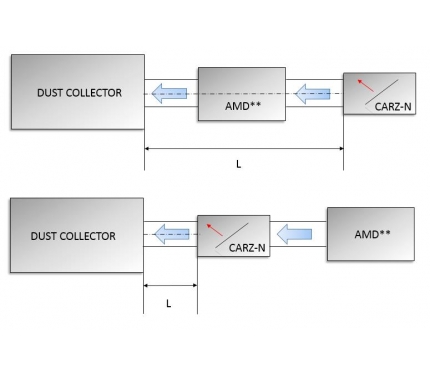 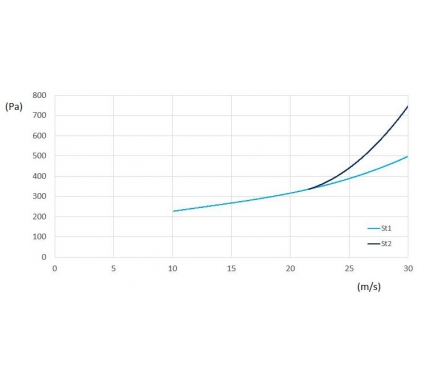 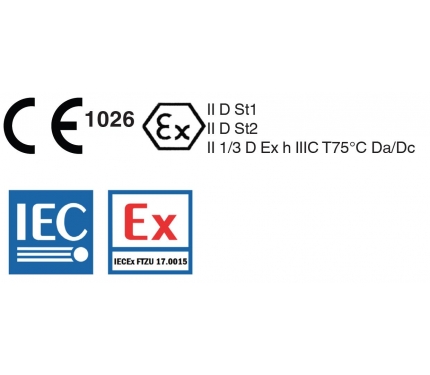 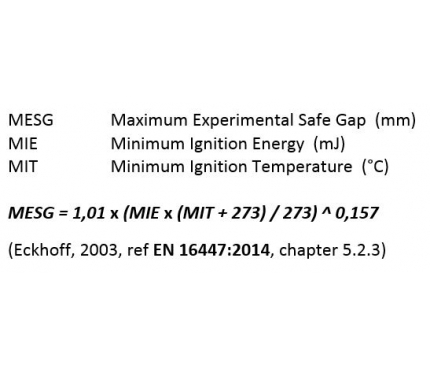 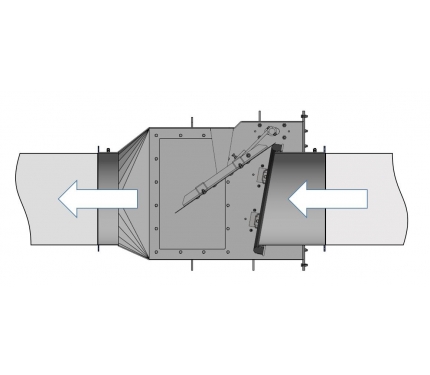 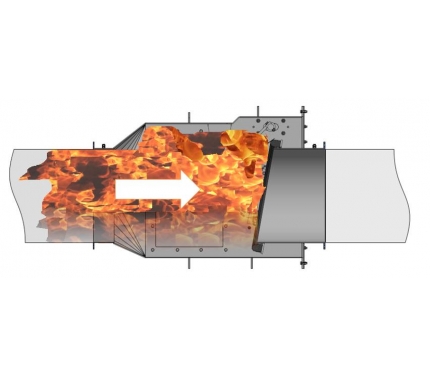 Explosion Isolation Flap Valve type CARZ-N is designed as explosion pressure resistance equipment, which is able to prevent a transmission of dangerous effects of explosion pressure wave and flames front to upstream areas. Certified according to EN 16447.

During air flow generated by the main fan, the Flap plate is open. In case of an explosion in the downstream equipment (e.g. dust collector) a pressure wave will force to close the Flap plate and lock in position. Large opening angle ensure low pressure drop. When Flap plate is closed it makes an effective barrier against approaching flame front. This prevent the explosion from being transmitted to upstream work areas.